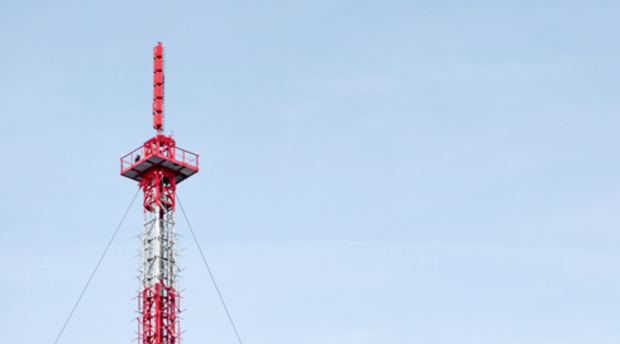 The new 5G network standard is a key technology for the future when vehicles become highly automated and devices are networked with each other in the Internet of Things. 5G also offers great potential for efficient distribution of media content. The introduction of 5G will open up a worldwide market with millions of smartphones and tablets acting as potential TV receivers able to combine live TV services, media libraries, social networks and many other media services.

The transmitters in Ismaning and on the Wendelstein form a Single Frequency Network (SFN), which is to enable mobile and portable reception in the greater Munich area as well as on the main traffic routes between Munich and Salzburg. Communication technology specialist Kathrein developed a special antenna for the transmission of diversity signals for the transmitter station in Ismaning. Twelve innovative UHF antenna fields were installed at a height of 200 meters. The project also included the installation of a 370-metre long, arm-thick HF transmission cable. Another Rohde & Schwarz high-power transmitter with 7 kW output power for 100 kW ERP is to be connected to the antenna at the end of January. The test broadcasting network will then be prepared for the measurements.

Currently, a major European 5G field trial is being established in Germany as part of the Bavarian research project ‘5G TODAY’. The project is funded by the Bavarian Research Foundation. Under the leadership of the Institute for Broadcast Technology (IRT), project partners Kathrein and Rohde & Schwarz are investigating large-scale TV broadcasts in the FeMBMS mode over 5G Broadcast networks. The project is supported by Telefónica Germany and Bayerischer Rundfunk, the Bavarian state broadcaster, who is providing two HPHT sites near Munich for this groundbreaking field trial.